Uplift your standard of living with Oak Ridge

In southern Montgomery County, a ten-mile stretch of Interstate Highway 45 south of Conroe is home to Oak Ridge North. When the Arkansas-based Spring Pines Corporation purchased a huge plot of the property two miles north of Spring Creek in the Charles Eisterwall Survey, which was granted in the mid-nineteenth century and developed a subdivision, it marked the beginning of the subdivision craze. Interstate 45, which passes through the development, was finished simultaneously as the subdivision’s debut and immediately established itself as a focal point for commercial and demographic expansion in the area. As a result of the attractiveness of the wonderfully wooded site, its accessibility, and cheaper tax and insurance rates, an increasing number of Houstonians began settling in Oak Ridge North in the late 1960s and early 1970s, attracting the attention of developers. United Diversified, Incorporated acquired control of the development in 1969, and Associated Properties Company, which expanded the property’s acreage, became the primary developer in 1971 after receiving additional land. The village, which had an estimated population of 2,445 at incorporation, elected its mayor and city council in 1979. By the late 1970s, it had grown to include four churches. There were four schools in the Conroe Independent School District in 1994, which serviced the community. According to the United States Census Bureau, although the town’s growth was slowed by the energy-based regional recession of the 1980s, the population was estimated to be 2,454 in 1990. By the year 2000, the population had reached 2,991. 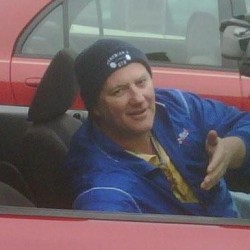 Latest posts by jimreynoldsweb (see all)